This sections contains a series of Frequently Asked Questions, divided into the following areas:

Click on the accordions below to explore each section.

Please visit the A Career in Pain Medicine section of the website for more information on this interesting and multifaceted specialty.

Pain Medicine is part of the curriculum for all anaesthetic trainees throughout their training. All trainees must complete basic and intermediate pain training in their core and specialist anaesthetic programmes. Higher and Advanced training is optional and by local competitive entry.

Basic and Intermediate pain training are both compulsory. Higher training (4-12 weeks) and Advanced training (12 months) are for those aiming for specialisation in Acute and/or Chronic Pain Medicine.  There is no separate CCT in Pain Medicine.

Pain training is supported by a regional network comprising of Regional Advisors in Pain Medicine (RAPM) and Faculty Tutors (Pain).

Please visit our page on recruitment for more information on regions and their recruitment processes.

The 2010 curriculum should guide any programme of training and the Pain Faculty organises a programme of pain study days each year. Teaching is also organised at a school level and the Regional Adviser in Pain Medicine and the Faculty Tutor (Pain) are points of contact for trainees. The London Deanery has recently developed a formal lecture course with ten study days per year for its advanced pain trainees, see the events calendar here.

Yes, there are many.  Visit our workforce webpage for more information.

Pain medicine is part of the syllabus for the FRCA examination. No other examination is necessary to complete the CCT in Anaesthetics.  However, trainees will need to pass the Pain Faculty fellowship examination as part of their assessment to become a full Fellow of the Faculty (FFPMRCA). Affiliate Fellowship is available for those who do not.

Your Trainee Representative is Dr David Gore, appointed in February 2020.  Dr  Gore can be contacted at FPMTraineeRep@gmail.com

Yes.  Individual questions sent to us directly, through the Trainee Representative or through the RAPM are always answered.  This page of FAQs are updated based on any regular queries we receive.

“Whilst it is recognised that a non-pain medicine out of hours commitment is often undertaken during the period of advanced pain medicine training, it should not occur more than 7 nights in an 8 week period to ensure that it does not detract from training; it is the responsibility of local supervisors to ensure that if it does interfere, time in training will have to be extended to ensure the competencies are achieved. It is unlikely that trainees who spend time outside of the Pain Medicine environment engaged in general anaesthetic duties will be able to successfully obtain all of the competences required to complete Advanced Pain Training. Therefore, the expectation is that trainees will need to spend the whole of their daytime working hours engaged in pain medicine related duties. This would not prevent pain trainees being used on occasion to provide general anaesthetic cover for unforeseen emergency cases.” – CCT in Anaesthetics

As stated in the curriculum (section 8.4.4) all trainees at all stages should keep a logbook of significant acute and chronic pain cases seen and procedures learnt during theatre lists, acute pain rounds and outpatient chronic pain clinics.

The curriculum notes that all trainees should maintain experience in Acute Pain Skills (12.2.4.1) in ST5/6/7. Advanced training in Pain Medicine usually occurs for a period of one year in year 6, or into year 7. Trainees are then expected to complete 6-12 months of general duties prior to CCT date. It is expected that such trainees should continue to maintain exposure and experience in Pain Medicine, consistent with the principle of 'spiral learning' (2.2.1). The Faculty suggest that it would be difficult for this to be achieved with less than one session per week, or in a unit without a Pain Medicine service. Trainees are advised to discuss this with the local RAPM and TPD early, to avoid rota and administrative issues.

Questions on general training and employment

The FPM does not manage consultant recruitment.  The RCoA website provides full information on the main routes for anaesthetists who want to come to the UK to train or work (which is relevant to pain medicine specialists). For more information please visit the Overseas Doctors Working in the UK webpages on the RCoA website.

For general information, you are first advised to consult the General Medical Council's document Important information for International Medical Graduates. Any doctor considering coming to the UK should also read the NHS information for Overseas Qualified staff.

Yes. The successful completion of an advanced pain training post must include sign-off from a RAPM to ensure that all competencies have been meant but could be undertaken post-CCT in an appropriate post-CCT fellowship post.

The total of acute and chronic pain sessions will be a minimum of 20 half-day session.

An understanding of cancer pain and its management is an essential part of the Advanced Pain Medicine curriculum. An APT must supplement their theoretical knowledge with adequate clinical exposure to fulfil the competencies in this area, and this will require a minimum of 16-20 sessions. These sessions should usually be arranged locally in Pain clinics, Palliative Care clinics, some Oncology clinics and local hospices. These may need to be at sites additional to the main training centres or at an 'out of area' Cancer Centre Pain clinic. It is recognised that in contrast to 20 years ago, many Pain Clinics in the UK may not receive many direct Cancer Pain referrals. However, many Pain clinics work together with Palliative Medicine and Oncology with joint clinics or MDT discussions, and receive referrals for complex pain and possible interventions. It is important that training reflects the broad needs of local Pain services.

The Faculty does not outline minimum sessions as they are competency based and therefore the number of sessions in order to become skilled in these areas needs to be assessed individually by Faculty Tutors (Pain) and RAPMs; the quarterly assessment would be an opportune time to review logbook and clinical progress and adjust timetables to achieve training balance.  Cancer Pain was agreed as an exception to this rule due to widespread difficulty reaching minimally safe levels of experience.

Questions on the FFPMRCA Examination

The syllabus for the examination is the Basic, Intermediate, Higher and Advanced Pain Medicine component of the CCT in Anaesthetics curriculum.

A trainee  took and passed the examination has also written an article for Transmitter with a full library of suggested reading [1]. The Training & Assessment Committee has provided a curriculum expansion document [2].

The Examination fee is set by the RCoA and the FPM and is designed to break even on paper (and in reality lose money once overheads are included). The Examination is subsidised by Fellowship subscriptions in order to not fully pass the cost burden onto examinees. The FPM appreciates that the cost is higher than the FRCA (although still lower than other Colleges) – holding a high standard, well designed, quality assured and continuing improving examination is not an inexpensive endeavour and the comparatively small numbers undertaking the exam mean we benefit less from economies of scale.

Yes.  The Royal College of Anaesthetists (RCoA), Faculty of Pain Medicine (FPM) and Faculty of Intensive Care Medicine (FICM) ensure that trainees, members and fellows are provided with an appropriate breakdown of costs of supporting trainees and in the provision of the examinations that form part of the relevant training programmes.  For the purposes of this analysis, the income and expenditure for FRCA, FFICM and FFPMRCA examinations have been combined, as the vast majority of the functions are managed centrally by the RCoA examinations department to improve economies of scale.

Each department within the College and each Faculty has its own budget which is managed by the relevant head of function and the overall directorate budget is the responsibility of the relevant director.

It is entirely understandable for those taking the exam to perceive the actual examination days themselves as the major part of the exam process. In reality, each exam sitting, whether MCQ or SOE, takes a considerable amount of development, both in times of physical days (Standard Setting Groups, Core Groups for question writing, training etc.) and remote development (IT systems, engagement with the Academy/GMC on national assessment changes). A difference in fee between the written and oral components of the exam has been agreed to reflect the different costs of the actual exam days, in similar ratio to that of the FRCA.

The FRCA has been in existence for a considerable time longer than the FFPMRCA and therefore has a bank of question many times bigger, allowing a number of used questions to be released for revision purposes. So far the FFPMRCA has released a small sample of questions from 2012 and from 2016. We will continue to release example questions at a rate made possible by question writing. The Court of Examiners is already considering ways to increase question writing to support this.

For the MCQ: The pass mark for each MCQ exam is set using a modified Angoff method. An Angoffing group, comprising examiners and independent Pain consultants (including junior consultants who have recently attained the Fellowship), grade each question in the paper according to difficulty using the proxy of the likelihood of borderline candidates knowing the answer. A week following the exam a meeting takes place in which the group spends several hours discussing the scores given, with particular regard to the questions where there is disparity in the responses. Once an agreed score for each question has been reached a raw score for the paper can be calculated. The raw score is adjusted to allow for the potential for guessing the correct answers. The t pass mark is set as the adjusted raw score further reduced based upon the Standard Error of Measurement (SEM), a statistic relating to the reliability (Kuder-Richardson 20 score) of the exam. This resulting figure is then rounded down to the nearest whole number to give the pass mark.

For the SOE: At least two standard setting tools are employed in setting the pass mark for the oral component of the exam. Prior to the exam examiners are asked to consider a number of parameters based on pass rate and pass mark, for an exam at this level these parameters are then cross referenced against actual cohort performance to generate a Hofstee chart. During the exam, in addition to candidates being marked on each question, performance at the exam is graded by examiners on a global ratings scale. This global rating is then cross-referenced against performance in individual questions using a linear regression method. The suggested pass marks generated by these two methods (which, to date, have been the same figure) are then used as a basis for discussion between examiners. The individual performance of all candidates whose scores are just above or just below the suggested pass mark are reviewed by the court of examiners in coming to a decision regarding whether they have demonstrated sufficient knowledge and understanding to be awarded the Fellowship. Discussion of these borderline candidates’ performances’ determines the final decision of where the pass mark should be set. Angoff and Ebel referencing methods have also been employed to assist in setting the pass mark. 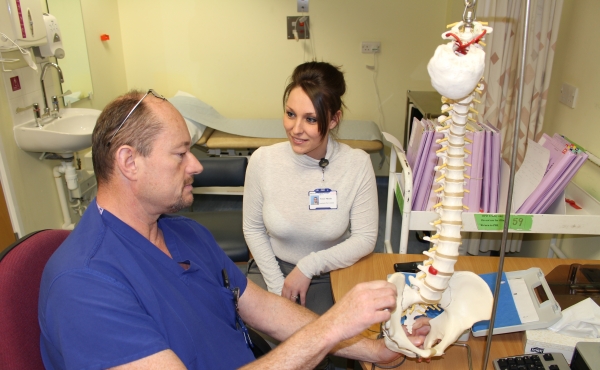 Information about the Pain Medicine curricula and related training stages, including trainee registration and curriculum guidance 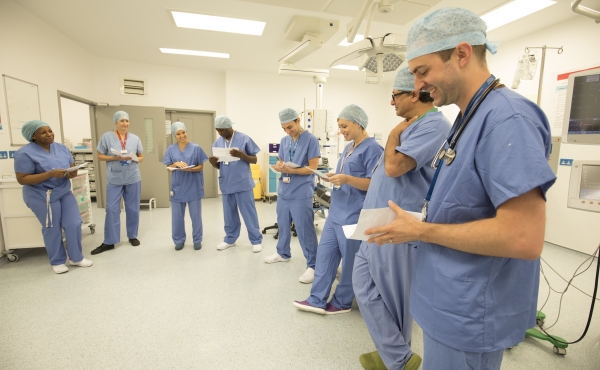 Recruitment to Higher and Advanced Pain 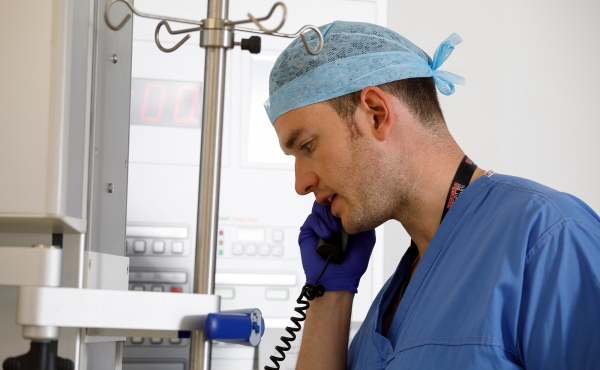 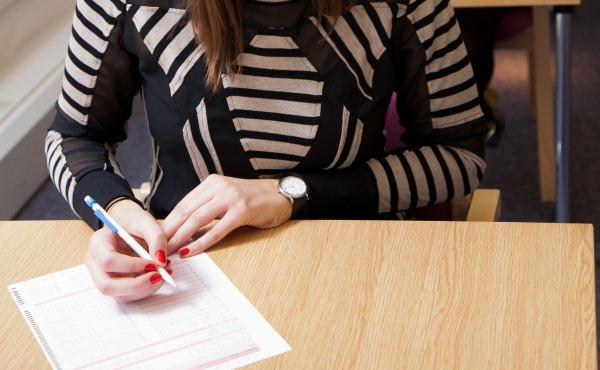 Information on the FFPMRCA Examinations, including exam dates, regulations, guidance and FAQs 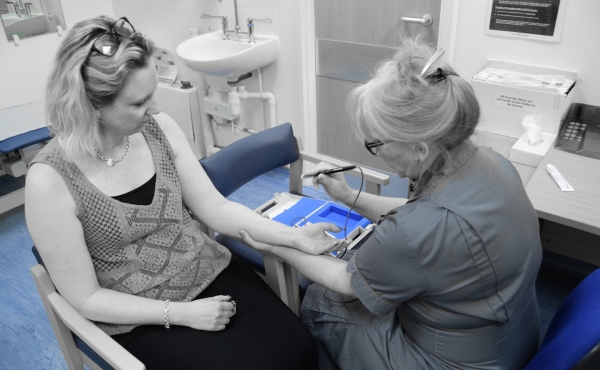 Information on building your career in Pain Medicine